A preliminary look at what Seabins are collecting along Toronto’s waterfront. 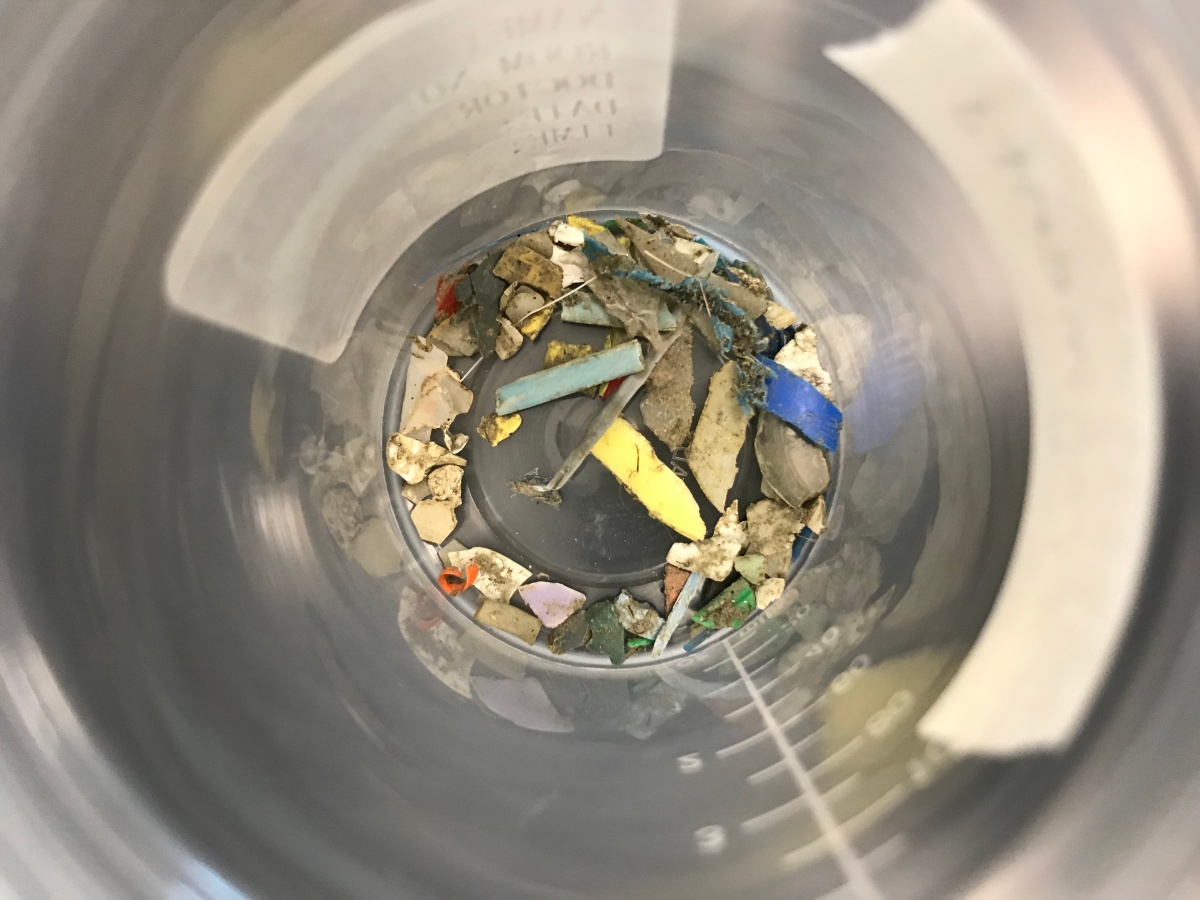 This past August, PortsToronto installed two Seabins at Toronto’s Outer Harbour Marina and we visited them to count the litter they captured. This was done to help measure their effectiveness and better understand what litter is reaching our Great Lakes. Resembling underwater garbage cans, Seabins help clean the harbour by pumping water through a catch bag. This action removes, along with other contaminants, plastic litter greater than 2mm in length.

Although it was our first-time quantifying litter from Seabins, it wasn’t our first time counting and classifying trash. We’ve spent many hours over the past few years searching for plastic in an array of environmental samples. These experiences have taught us a lot, but one of the biggest takeaways is that plastic pollution is ubiquitous. With this in mind, we were prepared to spend the entire day counting; however, when we arrived at the marina, we were pleasantly surprised. Since we’ve both participated in community cleanups before, we expected to find large amounts of litter (as this was the trend for many cleanups in urban areas); however, upon arrival our presumption quickly changed. The water was clear and the docks were tidy… surely the Seabins wouldn’t have much to catch then, right?

Turns out appearances can be deceiving. Half a day later, we’d only finished the easy part: removing plastics larger than a nickel (what we classified as “big plastics”). It would take days to count all the “little plastics” too (those smaller than a nickel but equal to or bigger than a nurdle, small pre-production pellets used in the production of plastic products). Because of this, we decided to subsample and extrapolate the results. After another half day and some quick calculations, the results were in: nearly 2000 pieces of plastic between the two bins. Amazingly, it had all accumulated in less than 24 hours.

Much of this experience was surprising, from finding almost 2000 plastics in a seemingly clean environment to having a passersby ask us whether or not we’d found gold. (The answer, unfortunately, is still no). Overall, it was a rewarding learning experience, and a great chance to share our work with those at the marina. It was also a wonderful opportunity to learn more about how to mitigate plastic pollution – including microplastics. Together with other waste management systems, we feel Seabins are an effective form of technology to assist in protecting our bodies of water and are excited to see more innovative technology in the future.

Written by Annissa Ho and Lara Werbowski, two HBSc students at U of T who are members of the Rochman Lab and U of T Trash Team.